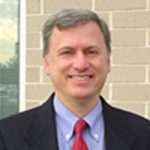 Dr. Dubin has been an Instructor of Medicine at Sinai Hospital of Baltimore since 1992. Board Certified in Internal Medicine and Gastroenterology, he is also a member of the American Gastroenterological Association, American College of Gastroenterology and the American Society for Gastrointestinal Endoscopy. He has a research interest in the development of new endoscopic treatments, including laparoscopic novel uses of stents.

In 1991 he was named Alumni of the Year by Yeshiva Toras Chaim Seminary in Denver, Colo.